Superarts Academy is much more than a Performing Arts School - it has been a way of life for decades, providing students and the wider community with a life enhancing, practical, & educative experience of Dance & Performance as well as promoting health and supporting the students well-being.

Students are encouraged to work in a cooperative manner, with kindness, openness and curiosity. Superarts is dedicated to working with young people and fostering their creative potential regardless of race, culture, socio-economic or religious background and to make a positive contribution to their future, family, and the wider community.

Young people in our school are encouraged to:

Superarts focusses on maintaining a respectful and professional community setting, where each child’s creative potential can be explored, promoting success as well as physical and emotional well-being.

We ensure the classes they attend take place in a safe and non-judgemental environment, where the process is enjoyable, disciplined, challenging, interactive and most of all creative, supportive, and nourishing.

Superarts gives local children many opportunities and some of our students appear on TV, in film and theatre; including West End hit productions such as Matilda, The Lion King, Billy Elliot, Annie, Charlie & The Chocolate Factory, Oliver, and Bugsy Malone plus pantos and other events. Students have travelled abroad to perform in numerous shows and events for well-known corporate, fashion and sports companies, whilst a large group were honoured to have performed at Buckingham Palace in front of HRH, Her Majesty The Queen. 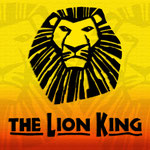 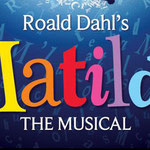 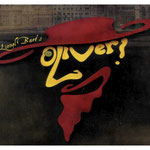 Throughout the year, students are also encouraged to participate in events for various charities, both local and world renown. They are as comfortable performing in front of their own community at a local Mayesta as they are participating in a specifically devised fund raising theatre production. We created a bespoke production for the charity Anti-Slavery International, which took place at The Linbury Studio Theatre, Royal Opera House. This was a great honour for all involved, and raised a much needed £25,000 for the charity. Projects like these not only give the students an opportunity to perform and express their talent, but to gain awareness of their peers and the world they inhabit.

In 2012 another memorable event was the Superarts senior group appearing at the O2 Centre competing with over 200 schools from all over Britain in the annual charity event ‘Dance-Make Your Move’ competition. Superarts were delighted to have been awarded first prize out of over 200 organisations, clubs, groups and schools in Britain.

After leaving Superarts, numerous students go onto college or university for further vocational training, and many have followed this by working professionally in the performing arts industry in television, film and theatre. Others have established their own performing arts schools around the globe, from the UK to Australia.

GDPR Policy: Superarts is compliant with GDPR and requires the companies and individuals it shares data with to also be compliant. We will keep your contact details for future reference unless you inform us otherwise. For further information, please contact superartsacademy@superarts.co.uk